François Raoult M.A., E-RYT500, C-IAYT, is dedicated to teaching yoga with awareness, integrity and compassion. He first felt the call to yoga at age 19, on a pilgrimage to the sacred sites of India.

For a decade, he toured Europe with an avant garde puppet theater and composed music for the plays. The manipulation of string puppets led him to explore yoga and tai chi.

A certified Iyengar teacher until 2010, François began teaching in 1975. A year later, he started extensive training with the great yogi Sri B.K.S. Iyengar.

A graduate of the Ecole Nationale de Yoga in Paris, he has studied meditation with Zen Master Thich Nhat Hanh, Ayurveda with Dr. Robert Svoboda, and anatomy with Thomas Myers. After studying architecture and philosophy, trekking and recording sacred music in the Himalayas, he completed a Masters in ethnomusicology.

In addition to directing Open Sky Yoga Center and its creative Teacher Training program in Rochester, NY, he teaches yoga seminars worldwide and is a CEO of the new Open Sky Yoga Therapy Training. Francois is also certified in Gong Yoga and in “Laughing for no reason”! 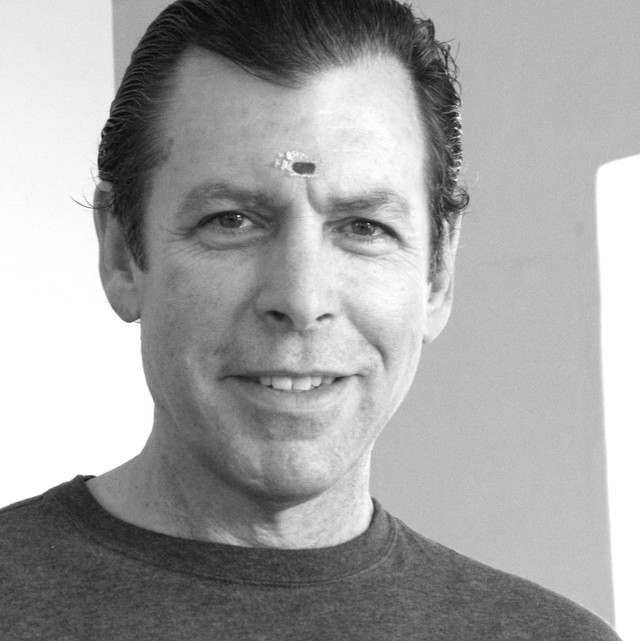 has studied with senior Iyengar teachers. Still in recovery from years of avid cycling, aerobic fitness regimens and weight training, Tom is especially eager to share yoga with other recovering obsessives. Tom's teachings convey Open Sky's love of music and poetry and a sense of community. tbattley@gmail.com 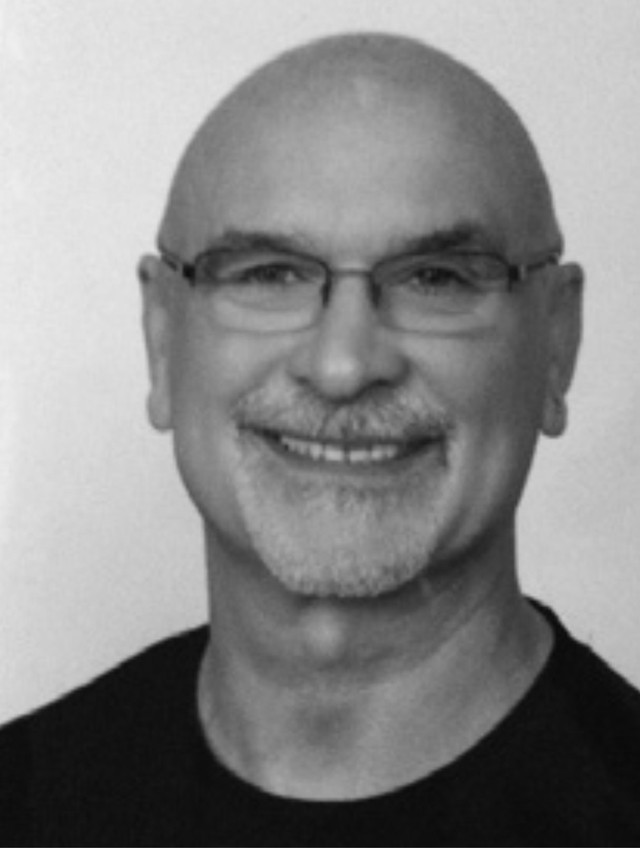 is an Open Sky yoga teacher since 1989 and director of the Finger Lakes Yoga center. A Certified mindfulness meditation teacher under David Nichtern, he has been studying, practicing and experiencing yoga and movement for over 35 years. Influencing his teachings are his experiences in wilderness adventures and motorcycling. skyblueyoga@hotmail.com 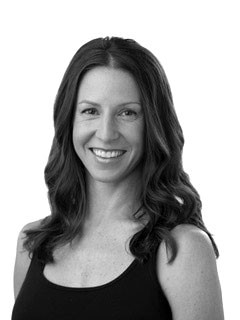 has taught yoga for 2 decades. She began her training in 2001 at Shakti Yoga in NYC. Evolving within the Iyengar tradition, Carla completed Francois Raoult's Open Sky Yoga Essential Yoga and Advanced Yoga Teacher Trainings, Judith Lasater's Advanced Restorative Yoga and Elise Miller's Yoga for Scoliosis. She is an experienced Doula and teaches Prenatal and Postpartum Yoga in Brussels, Belgium and Rochester, NY. She is on the faculty of Open Sky 200 ,300 TT and Yoga Therapy School. Along with painting and horses, her call to teach is inspired by a personal commitment to the Practice. canselmyoga@gmail.com 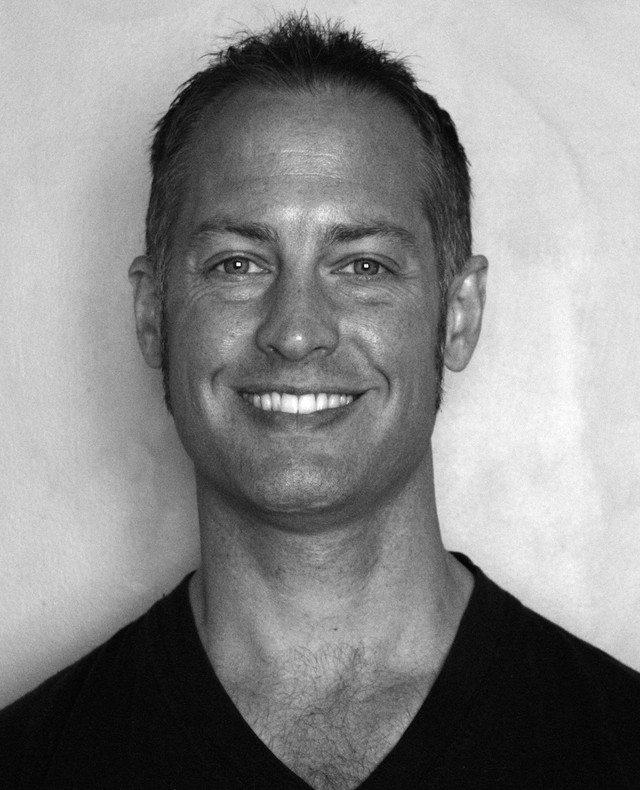 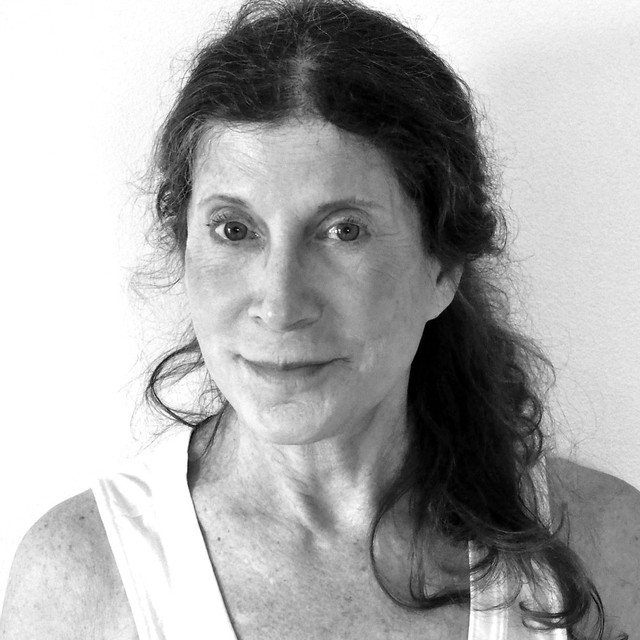 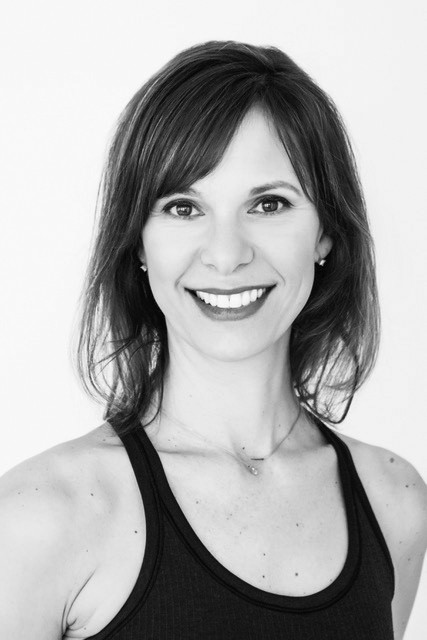 began her yoga practice in 1993, and shortly after became drawn to the clarity and accessibility of the lineage teachings of B.K.S. Iyengar. She has completed both Advanced and Essential Teacher Trainings under the direction of Francois Raoult, internationally renowned yoga teacher and direct student of B.K.S. Mary has also studied with Geeta and Prashant Iyengar at the Ramamani Memorial Yoga Institute in Pune, India. She believes in the transformational nature of yoga and teaches from the platform that yoga is meant to be accessible to everybody and to every body. mary_aman@hotmail.com

was initially drawn to the physical and athletic aspects of Yoga. Becky completed completed Essential and Advanced teacher trainings with with Francois Raoult as well as Prenatal and Postpartum teacher training with Carla Anselm. She has continued her training and exploration of Yoga, attending many workshops with Judith Hanson Lasater, Richard Rosen, and Martine Le Chenic and international retreats in Crete and India with Francois Raoult. A certified snowboarding instructor for 20 years, Becky brings what she has learned about alignment and movement from snowboarding to her Yoga practice. beckylyonsyoga@gmail.com 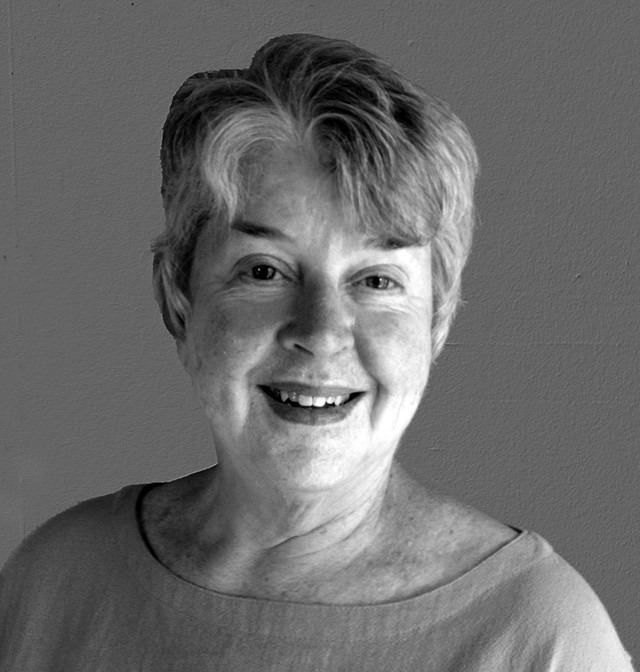 completed ETT with Francois Raoult in 2009 and is a registered teacher with the National Yoga Alliance. She turned to yoga in 1980, studying with Lili Wildenhain, an Iyengar-trained teacher, and began classes with Francois in 1997. A graduate of Cornell University, Heidi is teaching senior and Gentle yoga classes. She is also a Docent at the Memorial Art Gallery. heidihihi38@gmail.com

has been in the field of counseling since 1992 and working as a Licensed Mental Health Counselor since 1996. She has 10 years of management experience and her diverse counseling background includes work with developmentally disabled adults, college students, children and families, couples and most recently Military Veterans struggling with post-traumatic stress and readjustment issues. Kinga has a passion for yoga and has been a practitioner for 29 years, the last 18 years a student of the Iyengar style. She became a Registered Yoga Teacher in 2013 and now utilizes principals of Yoga like: breath work, mindfulness, meditation, and restorative poses to facilitate counseling sessions and working with veterans. Kinga.KondorHine@vocroc.org 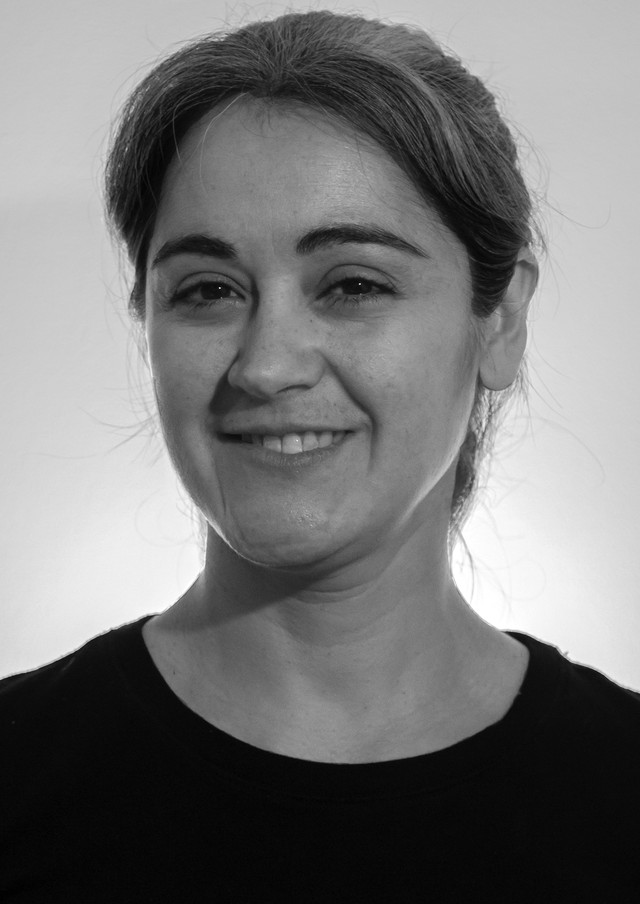 loves to share the practice of yoga and bring subtle awareness to our body and our mind. She is a 2007 graduate of the Open Sky Yoga Teacher Training and has been teaching ever since. Andrea specializes in posture and movement with over 30 years of practice as a physical therapist and is grateful for 20+ years of practice with Francois Raoult as well as various Senior Iyengar teachers through Open Sky. Andrea’s teachings are also influenced by Ramanand Patel, Judith Lasater and Arthur Kilmurray. She continues to study with Bonnie Bainbridge Cohen and has a special interest in the mind-body relationship. Andrea shares her joy of teaching yoga in a mindful, practical and playful manner, providing fresh insights to students of all levels and abilities. andreaescos@hotmail.com 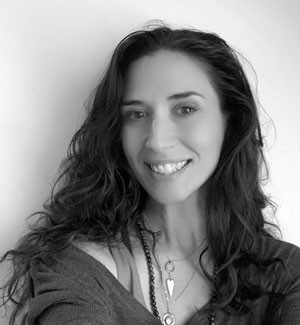 Jo is certified as an Iyengar Yoga teacher in 2008, studying with UK senior teachers as well as Dr Geeta Iyengar and Abhijata Iyengar. Since 2010 Jo has continued to train with adaptive Yoga pioneer, Matthew Sanford and co-developed an adaptive Yoga teacher training program for the UK and Italy. Jo also co-developed “Positive Movement” a program for people with mobility impairments and worked for the NHS teaching Yoga principles and mind body awareness techniques to healthcare workers. Jo is a passionate teacher specializing in facilitating an experience that weaves the wisdom of the body and the principles of Yoga in order to come home to a deeper connection and inhabit our lives more fully. Jo teaches beginner, general and intermediate level classes as well as 1:1 sessions. (No weekly classes at the moment) 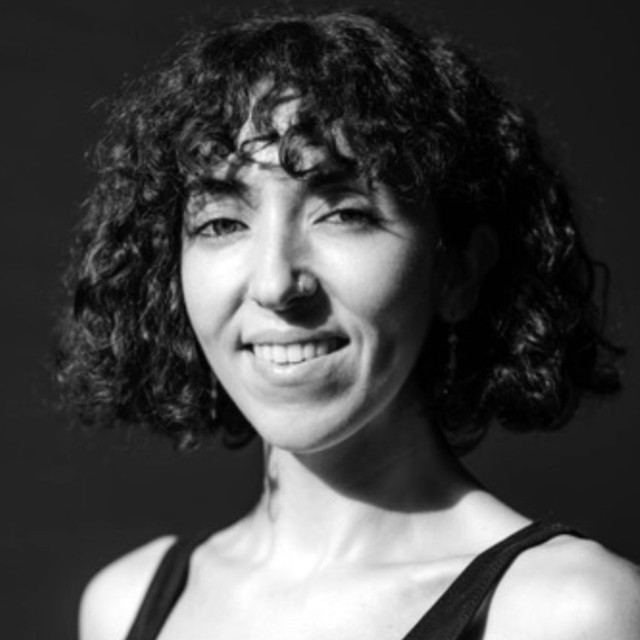 is the Founder of Yoga Essentiel and Oyeloria Jewelry in Montreal, Canada. Following the teachings of the Iyengar tradition, she studied since 2009 under the guidance of various senior Iyengar teachers and influencers including Judith Lasater (Restorative Yoga, Relax and Renew), Elise Miller (Yoga for Scoliosis), and Bobby Clennell (author of The Woman’s Yoga Book). She graduated from École Satyam in Montreal and Advanced Teacher Training program with François Raoult. These experiences have influenced the way she understands herself and the world as well as the way she expresses herself creatively through her jewelry brand Oyeloria. Creating space, discovering self-awareness, and learning to let go are the fundamentals of her teachings. josephinevittoria.com. 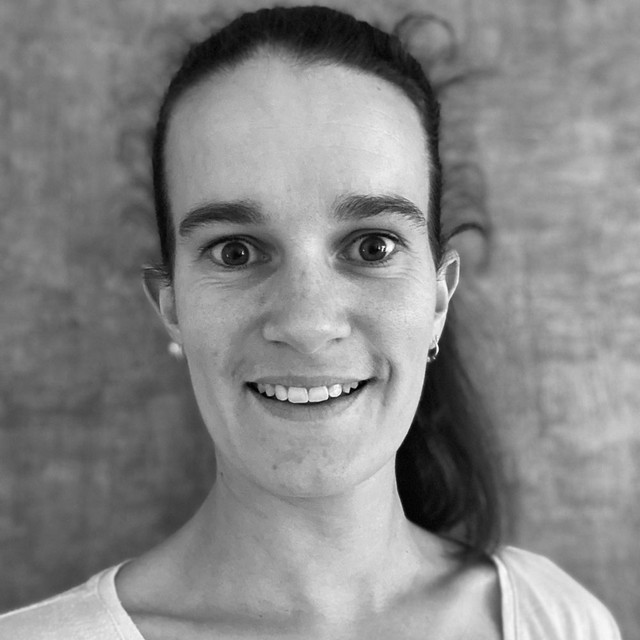 graduated from the Essential Teacher Training with Francois Raoult online and in person in Brussels, Belgium She completed Prenatal and Postpartum teacher training with Carla Anselm, and the Relax and Renew Level 1 with Judith Hanson Lasater. She continues her learning by participating in workshops and international retreats. Through her practice and ongoing study of Yoga, Clara has experienced the profound ability to connect mind and body through movement, stillness and relaxation, aspects of Yoga she enthusiastically shares with her students.