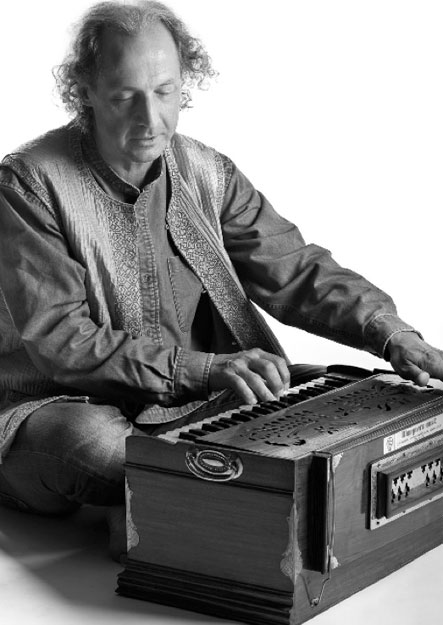 François Raoult M.A., R.I.Y.T. is dedicated to teaching yoga with awareness, integrity and compassion. He first felt the call to yoga at age 19, on a pilgrimage to the sacred sites of India.

For a decade, he toured Europe with an avant garde puppet theater and composed music for the plays. The manipulation of string puppets led him to explore yoga and tai chi.

A certified Iyengar teacher until 2010, François began teaching in 1975. A year later, he started extensive training with the great yogi Sri B.K.S. Iyengar.

A graduate of the Ecole Nationale de Yoga in Paris and a Certified Iyengar Instructor, he has studied meditation with Zen Master Thich Nhat Hanh, Ayurveda with Dr. Robert Svoboda, and anatomy with Thomas Myers. After studying architecture and philosophy, trekking and recording sacred music in the Himalayas, he completed a Masters in ethnomusicology.

In addition to directing Open Sky Yoga Center and its creative Teacher Training program in Rochester, NY, he teaches yoga seminars worldwide. Francois is also certified in Gong Yoga and in “Laughing for no reason”!